Maxwell T. Riddiough received his Bachelor of Arts from the University of Arizona in 2011, graduating magna cum laude in history and economics.  He then attended the University of Wisconsin Law School.  While in law school, Mr. Riddiough served as a judicial extern for the late Justice N. Patrick Crooks of the Wisconsin Supreme Court, and worked at a law firm in Tucson which practiced commercial, insurance, and creditor’s rights litigation.  As a law student, Mr. Riddiough served on the editorial board of the Wisconsin Law Review and received his Juris Doctor in 2015 with a curricular concentration in real estate law.  He returned to the Tucson area and gained admission to the State Bar of Arizona that same year.

After law school, Mr. Riddiough served as a judicial law clerk to the Honorable Paul E. Tang of the Pima County Superior Court.  In his clerkship, he gained valuable exposure to the litigation process from the bench’s perspective.  Mr. Riddiough joined the Pima County Attorney’s Office in 2016, where he worked as a prosecutor in the Criminal Division for nearly two years.  There, he obtained substantial practical experience with litigation and pretrial motions practice.

Mr. Riddiough has a proven track record of success in the courtroom, and has conducted over a dozen jury trials in Pima County Superior and Justice Courts, as well as over fifty bench trials and evidentiary hearings. He was also honored with the 2017 Misdemeanor DUI Prosecutor of the Year Award by Mothers Against Drunk Driving.  Outside of court, Mr. Riddiough also obtained proficiency as a negotiator, resolving countless felony cases through the plea bargaining process on terms favorable to the State of Arizona.  As a former prosecutor, Maxwell T. Riddiough possesses an acute understanding of the challenges and complexities that the litigation process poses. He also has the advocacy skills needed to accurately evaluate a case and achieve successful outcomes for clients.

Mr. Riddiough joined the firm in 2018. His practice concentrates on the needs of businesses and professionals. Although he primarily focuses on commercial litigation, he also handles business, real estate, construction, bankruptcy, and professional liability matters.

A Wisconsin native, Maxwell T. Riddiough considers Tucson his adoptive hometown, having grown up in the area and attended local schools.  In his free time, he enjoys running, hiking, golfing, and spending time with family and friends.

THOMPSON•KRONE, PLC’s website has been developed for informational purposes only. We do not guarantee that the information is up-to-date, nor do we guarantee that the content will apply to you or your situation. The content in this website does not purport to be legal advice nor does your review or use of this website establish an attorney/client relationship. You should contact one of our attorneys directly to discuss your legal needs. If the firm chooses to accept your case by written engagement, then, and only then, will an attorney/client relationship be established and the confidentiality of your matter be preserved. 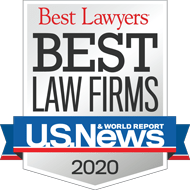